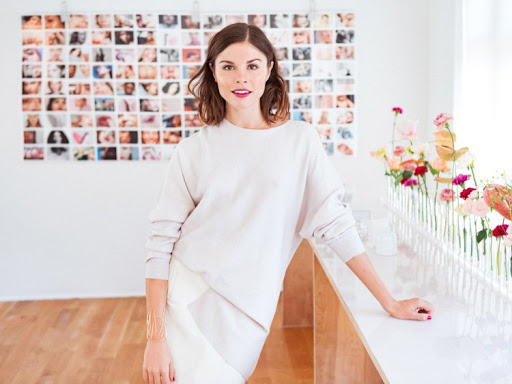 It’s no secret that women have spent years fighting for their place in society. The past year has been called everything from “The Year of the Woman” to “The Dawn of Gender Equality.” Although many would argue we still have a long way to go, we are taking a look at our progress and taking a moment to honor the women who have inspired us with their relentless work. The corporate world can be a tough place, but nothing that a woman can’t handle.

As an agency founded by a woman, we fully believe in and support female power. The #girlboss is real and here to stay. From Fortune 500 companies to beauty brands, women have proven they know the business world as well as anyone else. We could go on and on about our female role models, but for the sake of this post, we’ve chosen 5 that we consider especially influential to us. 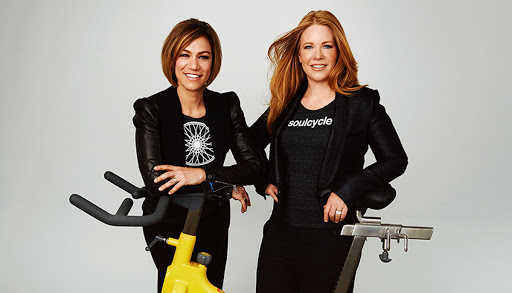 What started as a ‘blind date’ turned into a fitness industry phenomenon. Julie Rice had just moved back to New York with her husband to start a family after leaving the talent agency business in Los Angeles. During her maternity leave, she was introduced to Elizabeth Cutler – a real estate agent at the time- and so began the rest of her life. The two women were known for their drive, tenacity and keen eye for opportunity, and they certainly lived up to that in their venture together. While on this ‘blind date’ at a restaurant they conceived their vision for Soulcycle and wrote on the back of a napkin the logistics to make their vision come to life. Fast forward to now and Soulcycle is a sensation in some of America’s biggest cities. With 13 locations in the U.S. and three locations in Canada, SoulCycle continues to grow and build the cycling craze.

Starting a business is scary enough, but starting it with a classmate while you’re still in school is even scarier. But Katia and Hayley were up for the challenge. The two were friendly classmates at Harvard when they decided they wanted to go in on a venture together. They started brainstorming the best way to get into the e-commerce space, and the topic of beauty products crossed their radar. They had recognized the shift in consumer behavior to online shopping as opposed to in-person shopping but found the challenge when it came to beauty products interesting. Because beauty products are such a personalized experience and women often want to try them before they buy them, the idea of simply selling beauty products online didn’t seem all too promising. So, they thought of a way to fix the problem from a different angle. Hence- Birchbox. This monthly subscription box sends you samples of beauty products for you to try and then offers the full-size products on the website to purchase if you are happy with the sample. Since its launch in September of 2010, Birchbox has added a monthly subscription box for men and grown to more than 1 million total subscribers, with more than 4 million customers overall. 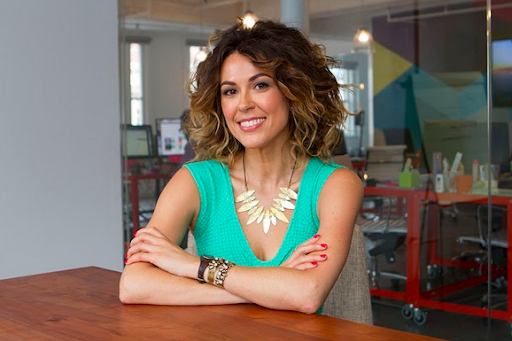 After working at an NYC startup for nearly six years, Scherle saw an opportunity to go out on her own and took a leap of faith. During her years at the startup agency, she had worked with numerous fashion and beauty clients and the critique she always seemed to hear from them was that they felt like they didn’t have enough consumer data when it came to product reviews, and beyond that, they didn’t know how to collect that data in a consolidated, structured manner. Scherle listened to this complaint and reached out to a friend who was working at a market research firm and explained her vision. With her entrepreneurial spirit and his analytical, data-driven mind, they created Influenster. This app and website allow users to try products and post reviews about them. It also allows consumers to discover new products while having the consumer data to see how well it performs before they purchase it. Fast forward to now, 8 years later, and Influenster is hitting nearly $18 million in revenue and has plans to expand internationally to countries such as the U.K.

Mary Barra isn’t scared to show the boys’ club who is boss. Barra began her career with General Motors in 1980 as a co-op student before graduating with a Bachelor of Science in electrical engineering in 1985. From there, she went on to receive her MBA from Stanford Graduate School of Business in 1990. Barra joined the staff at GM upon graduation and spent her years creating her own place in the boy’s club of the automobile industry. Her hard work paid off as she received numerous promotions before eventually being named Senior Vice President of GM in 2011. Shortly after, she received the ultimate promotion and was named CEO and Executive Vice President of GM in 2013. This marked the first time a female had ever owned the title of CEO of a major automobile company. In addition to her many accolades and successes at GM, Barra also serves on the Board of Directors for the Walt Disney Company.

A story of true tenacity and perseverance, Emily Weiss didn’t get to where she is today without many years of hard work and proving her worth. Emily’s interest in fashion and beauty started at a young age. In seventh grade, she was featured in Vogue Magazine for writing in saying “Thank you for showing young women how to wear short skirts in a classy way”. Vogue published the review and Weiss was in shock. She decided to dedicate her life to working in fashion and beauty, but knew it wasn’t going to be easy to climb to the top. So, she offered to babysit for a neighbor who worked for Ralph Lauren in New York City. While she enjoyed spending time with the kid, she admitted the real reason she offered was so that she could try to get a job at Ralph Lauren. The neighbor expressed her interest to the company and landed Weiss an internship at the age of just 15. She commuted from Connecticut to NYC all summer long to show how badly she wanted to work in the industry. It was all worth it in the end as she caught the eye of the senior design director who recommended her to Amy Astley, Editor-in-Chief of Teen Vogue. Weiss was then offered a job at the magazine and worked through many positions in the fashion world before launching her own blog in 2010. “Into the Gloss” gave readers an inside look into the beauty and fashion industry providing a behind the scenes view on some of the biggest names. The blog quickly gained popularity and in 2014, Weiss decided to capitalize on the publicity and launch her own beauty brand, Glossier. Since then, Glossier has grown into a beauty empire racking up waitlists of more than 10,000 people just for one single product- her amazing eyebrow gel. Today, Glossier continues to sell out products regularly and is getting into the business of brick and mortar stores to sell their products as well.

Fearless doesn’t even begin to describe these women. They knew what they wanted and went for it, and that is something that inspires us every day. We hope to see more stories like this emerge as women continue to earn respect and own their rightful place in society each day.

3 reasons why your business should be on TikTok